Qi Gong for Health and Wellbeing is very similar to the  slow movements you will have seen of Tai Chi.  Tai Chi is also known as Taijiquan.

Qi Gong can be performed seated or standing, so are suitable for all abilities and involves slow short movements which can based on particular health conditions. Tai Chi is primarily performed standing and involves longer complex movements.

Qi Gong for health has been practiced in China as a form of medical exercise for at least 5,000 years. It was originally kept for members of the imperial and aristocracy families for preserving health and prolonging life.

Qi, over the thousands of years this have been interpreted as  energy/air/gas.

Therefore Qi Gong is the practice of generating energy.

Aids in keeping mind and body healthy and focused. 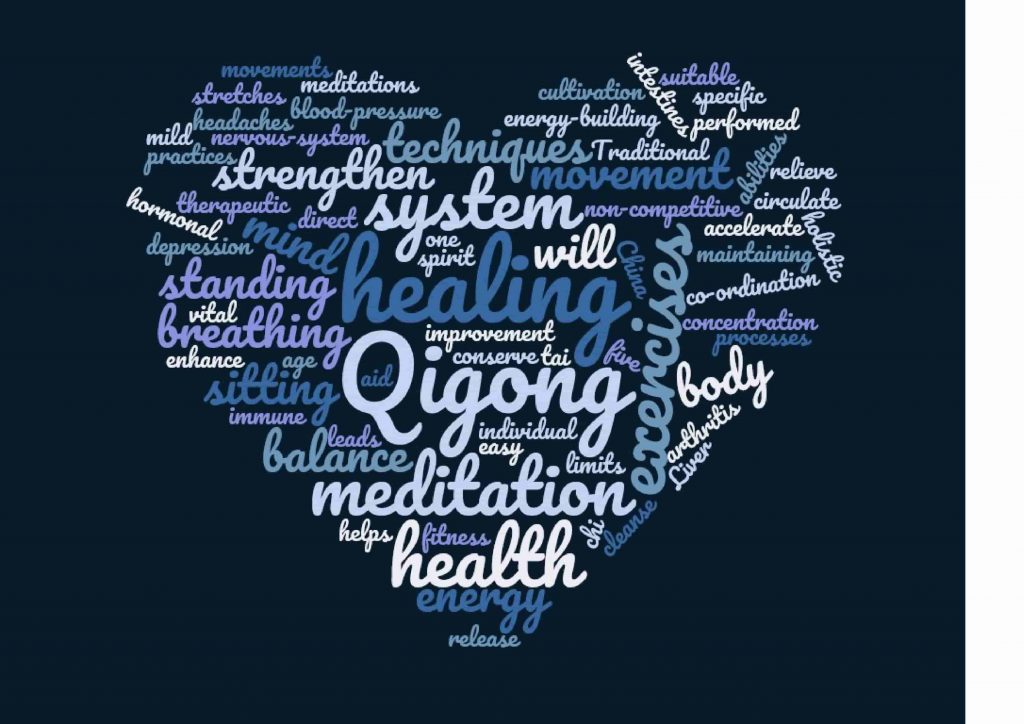 Classes are usually held every Sunday in Sidcup.  During current COVID19 situation classes including one to one sessions are available online.

WHY SHOULD I DO QI GONG?

Qi Gong exercises aid in keeping mind and body healthy and focussed. The exercises help to strengthen the various systems of the body and can help with balance issues, pain, respiratory problems, fatigue, mental clarity, anxiety to name a few of the benefits.. If you have a particular condition that you’d like help with or wonder if Qi gong is suitable than get in touch for a free consultation.

I'M NOT WELL ENOUGH TO DO EXERCISES

Qi Gong exercises are super gentle and slow, they can be adapted for standing or seating. The exercises can be personalised to suit your needs and requirements. They are not strenuous. Come along and have a try.

That’s okay, We have exercises that can help you to improve your balance and these can be done seated to start with and then you can gently begin to do them standing.

WHAT AGE IS QI GONG SUITABLE FOR?

Any age can start qi gong exercises. the more you do it the more benefits you will have find.

WHAT SHOULD I WEAR?

Wear loose comfortable clothing. We work bare feet when indoors or flat sole flexible shoes when outdoors if the ground is cold, or barefeet on a warm day on the grass.

Come and join a class

Below are some of the movements that we will be practising